You are here: Home / Coffee and Health / Your Brain on Coffee: How Caffeine Affects Brain Chemistry In your love affair with coffee, have you ever struggled with a pesky caffeine crash mid-afternoon? For most of us, this mid-afternoon slump is the perfect time to reach for yet another cup of Joe to keep energy levels high so that we can make it through the rest of the workday.

Although coffee has been proven to be a modern-day elixir with a long list of health benefits, that still doesn’t answer the question of how caffeine affects your brain day in and day out.

Caffeine in the US and Beyond

Today, up to 90% of Americans drink some form of caffeine each day. Roughly 50% of us drink up to 300 mg of caffeine daily, making it the most popular drug of choice in the US.

If you think that our nation has some unhealthy caffeine habits, think again. The most caffeine per capita is consumed in Scandinavia, due in part to harsh winters and long nights. While cold countries seem to be some of the biggest coffee fans out there, Brazil, the largest coffee producer in the world, has begun to serve school-age children coffee with milk in their school lunches.

What’s Behind a Coffee Craving

Although coffee is a staple in a number of cultures, it can easily become an accepted addiction, where you crave a piping hot cup of Joe each day. Researchers confirm that those of us who are addicted to caffeine are naturally low in catecholamines, chemicals found in the brain that supports energy and alertness throughout the day. 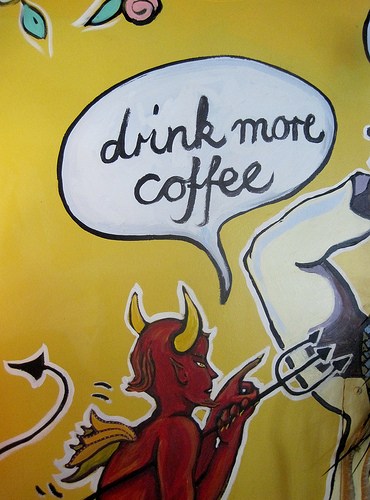 The moment that we take that first sip of coffee, caffeine quickly moves through the bloodstream and triggers a release of catecholamines, adrenaline, and noradrenaline. At the same time, caffeine in coffee suppresses the appetite, which inhibits the body’s ability to produce more neurotransmitters.

As a result, coffee provides a short-term solution that creates a long-term problem.

Caffeine impacts brain chemistry because it binds to proteins called adenosine receptors. Just like they sound, these receptors help to detect adenosine in the brain and can induce drowsiness. When caffeine binds to these receptors, it hinders brain cells from sensing adenosine to provide an immediate jolt and eliminate drowsiness temporarily.

This is precisely why so many of us are drawn to caffeine to stay awake throughout a long day. Caffeine has been proven to boost mental performance for the purpose of work, study, and performing complex tasks.

Since caffeine works as a central nervous stimulant, it will cause the body to “forget” that it is tired. When used in moderation, caffeine can help to keep energy levels up during the day. The caveat is that tolerance is built quickly; to make up for adenosine receptors that have been inhibited by caffeine, the brain will create even more receptors. As a result, more caffeine is needed to keep drowsiness at bay.

When the brain detects increased adenosine, it will make you feel even more tired than if you’d never picked up a cup of coffee at all. Now, you’ll need even more caffeine to keep energy levels up and help your brain to function at its best.

The Feel-Good Effect of Caffeine

But what’s so wrong with enjoying a few cups of coffee to perk up your mood and make it through the rest of the day in one piece? Caffeine can immediately improve the mood by stimulating dopamine, although it depletes serotonin over time, which will ultimately cause you to feel worse.

And the depletion of serotonin is no laughing matter. Serotonin is critical to regulating a number of bodily functions, including sleep cycles, pain control, carbohydrate cravings, and digestion. Low levels of serotonin have also been associated with depressed immune function. 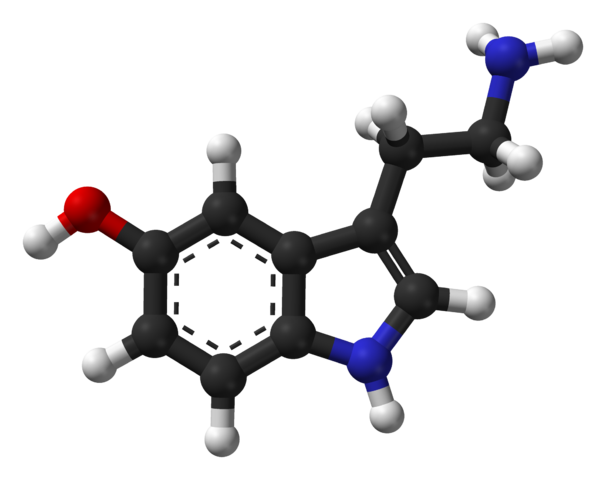 If you’ve noticed disruptions in your mental state, appetite, and nightly sleep, it may be time to get your caffeine addiction in check. Although there’s no reason to give up coffee altogether, drinking caffeine in moderation can prevent noticeable serotonin depletion. The most obvious sign of a dip in serotonin levels due to caffeine overuse is experiencing a change in mood after having more coffee than normal.

The Quantified Coffee Drinker – A primer on collecting and measuring personal data to dial in the optimal coffee intake.