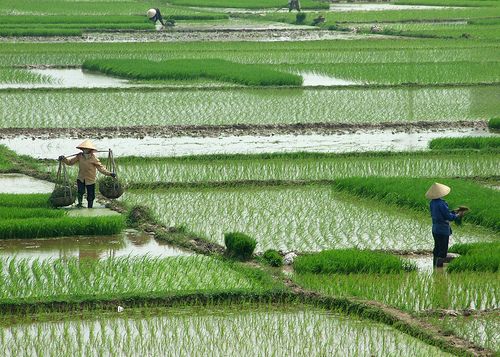 When you think of major coffee countries, odds are that Vietnam does not jump to your mind. Yet in recent years, Vietnam has shot up through the world’s coffee exporting ranks, now second only to Brazil in tons of coffee exported nationally. This rapid rise from utter anonymity in the coffee-producing world to its current exporting prowess has put the country at the center of a global economic controversy, as countries from Colombia to Tanzania blame Vietnam for contributing to the swell of coffee supply and plummeting prices. No small fact, considering that coffee is the world’s second-most widely traded commodity, second only to petroleum, according to TechnoServe.

Vietnam’s recent ascent in the coffee-growing world is not its first foray in the trade. Before the Vietnam war, it was a “major exporter,” according to Scott Wilson of the Washington Post. French colonists introduced coffee to the country’s central highlands region late in the 19th Century, and this proved to be a fertile are for growing coffee. Between the many years of war on its soil and the Communist government has ruled since, Vietnamese coffee exporting prowess became a thing of the past until the early 1980s, when it quietly reentered the global coffee market. 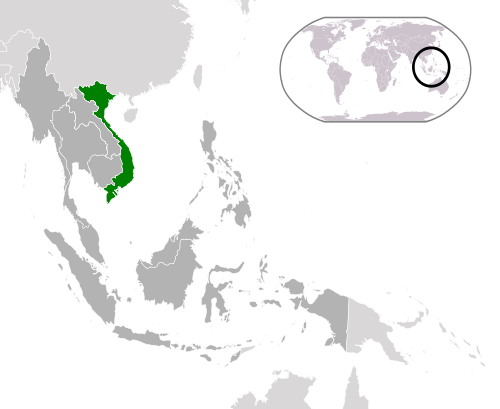 Unlike Eastern Europe and the former Soviet Union, there has been no dramatic collapse of Communist rule in Vietnam. Instead, its Communist government has taken baby-steps toward economic liberalization, described as a “somewhat Communist interpretation of its capitalist market economy” by Henry Kamm in Dragon Ascending. In step with the Soviet Union’s perestroika, Vietnam’s government permitted doi moi, the name for controlled measures of economic reform in the late 1980s.

When the United States normalized diplomatic relations with Vietnam in 1995, the U.S. had already lifted trade sanctions with the country. National coffee production had been growing steadily by the mid-1990s, but now the stage was set for an agricultural gold rush. With global coffee prices at alluringly high levels, ever-increasing amounts of growth space in the highlands was devoted to coffee shrubs, where they had thrived decades before.

Nearly all coffee grown in Vietnam is of the Robusta variety, one of the two principal species of coffee grown in the world, the other being Arabica. CoffeeResearch.org estimates that Robusta consists of less than one-fourth of the world’s coffee production, and describes it as “more robust than the Arabica plants, but produces an inferior tasting beverage with a higher caffeine content.” Coffee connoisseurs tend to agree with this assessment of Robusta as a standalone coffee, although allotting that is has its place in certain blends, especially in espresso.

While by no means the only source of the global market flood, Vietnam has played a major role in the increase of global coffee supply, and the markets have taken notice. Prices of robusta coffee have plummeted in the 21st century – trading at U.S. $.054 per pound on the New York market in January 2000, robusta’s value had fallen nearly in half by March 2001, down to U.S. $.031 per pound, according to CoffeeResearch.org. By May 2001, the International Coffee Association held a conference dedicated in part to addressing “the critical situation of the present world coffee market.”

This “critical situation” has had a wide range of repercussions. Wilson’s article describes a scenario in which many Colombian coffee growers have switched to the more lucrative but less licit coca plant, unable any longer to turn a profit from growing coffee. The blunt reality of market forces has threatened to make coffee growing an unprofitable venture all over Latin America. “Increasing numbers of coffee growers are losing money because revenues aren’t covering their production costs, and the situation is clearly not sustainable,” said Peter A. Reiling, President and CEO of TechnoServe, a Connecticut-based charity that works with developing countries.

It is not only Vietnam’s economic rivals in the global market that have been impacted – Vietnam finds itself reeling from the repercussions of its hyperinflated coffee output. A press release from the Vietnamese Embassy to the U.S. says that in just over two years, the country’s coffee export prices had fallen 57 percent in the world market, and estimates that Vietnam’s farmers have lost a collective total of VND 15 billion from the decline in coffee and rice prices.

In order to address this issue, the Vietnamese government has purchased and stockpiled domestically grown coffee. Also, in August 2001, Vietnam signed the International Coffee Agreement at the United Nations headquarters in New York City.

Even the Vietnamese government seems willing to concede that the nation’s coffee export, generally speaking, is of a lower grade than that of other countries. The aforementioned Vietnam Embassy press release admits that “for many years now, Viet Nam has paid more attention to increasing the quantity of farm products when it needed to pay more attention to their quality and world market demand.” Another Embassy article explains that the “wanton expansion of coffee plantations in Central Highlands Tay Nguyen with little regard for soil ecology resulted in coffee plant diseases and a low-quality bean that drove export prices down.” In a speech given to the International Coffee Association, Doan Trieu Nhan, Chairman of the Vietnam Coffee-Cocoa Association, described a state plan to diversify the country’s robusta-saturated coffee growth and output, growing more arabica in the northern region of the country.

It is thus agreed upon domestically and internationally that Vietnam needs to attract the attention of premium coffee lovers. One of Vietnam’s domestic offerings, “weasel coffee,” has the potential to appeal to the palates of high-end drinkers the world over. Kay Johnson describes the colorful history of this drink in the Straits Times. Weasel coffee was originally made from coffee beans that had been eaten and excreted by weasels, enhancing the taste of the beans. A chain of coffee shops in Vietnam specializes in weasel coffee, although these days the beans never see a weasel’s insides, rather going through a synthetic process intended to simulate the effects of a journey through the weasel’s digestive tract. Apparently, it is as good as the real thing. While the owner of this chain has contemplated an international expansion of his business, citing possible franchises in Japan and New York City, the chain remains exclusively in Vietnam.