You are here: Home / Cafe Culture / Top 3 Ways to Reuse Your Coffee Grounds 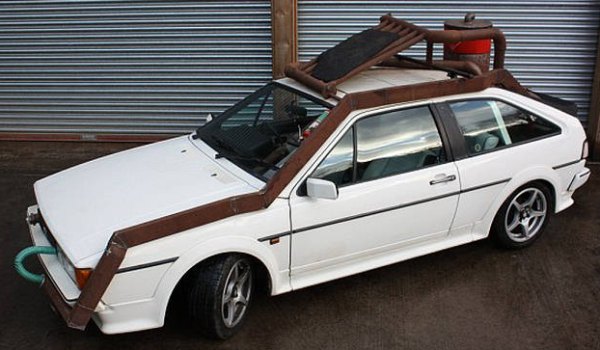 According to the latest figures from the World Resources Institute over 7 million tons of coffee are consumed around the world each year. In the UK the average person uses 2.8kg, in the USA 4.2kg, but Finland comes top with a whopping 12kg per person. Consumption of 7 million tons of coffee will produce an estimated 5.6 million tons (dry weight) of coffee grounds for disposal; assuming that 20% is extracted in making each cup of coffee. This is enough waste to fill Wembley Stadium over 140,000 times.

This may seem like a large amount of waste. But coffee decomposes fairly quickly so the waste should decay to nothing within a year or so. However, before it decomposes it takes up a lot of room at a landfill and because of the huge amount of it, it does pose a question: “Isn’t there something better I could be doing with my used coffee grounds?”

So here is my list of the top 3 (in no particular order) ways to re-use those grounds:

Perhaps the easiest and most accessible way to reuse grounds is in your garden. You don’t even need to be a keen gardener; you can get away with just chucking the grounds over your lawn. Coffee makes a good fertilizer for plants as it contains nitrogen. You can sprinkle used grounds around the base of a plant before watering. Or you can make a liquid feed by mixing approximately 10grams of grounds with every 1 litre of water.

Grounds also make a great soil conditioner. A couple of years ago I had a problem with my grass; it had poor drainage and as a result, didn’t look particularly green. So I mixed my use grounds with some horticultural sand and spread this over the grass, leaving it to be mixed in by the rain and the worms. After three months it was looking much better.

Grass before and after coffee grounds.

Coffee can be added to your compost pile as well. You can even add your filter papers too. They both break down fairly quickly.

The oil in used coffee grounds can be extracted to make biofuel. The University of Nevada, conducted research back in 2008 using leftover coffee grounds from Starbucks. Using a relatively simple technique they were able to extract the oil from the grounds and then convert this into biodiesel. If the entire world’s used coffee was converted like this, it’s estimated that it would produce 340 million gallons of biodiesel per year.

Another interesting experiment is the coffee car. It’s a bit similar to the ‘Mr. Fusion’ generator fitted on the Delorean in the movie ‘Back to the Future’. However, instead of running on beer and banana skins, it runs on pellets made from compressed coffee grounds.

The original coffee-powered car, nicknamed the ‘Car-puccino’, was built in partnership by Martin Bacon (the inventory) and his team, and the BBC; as part of their ‘Bang Goes the Theory’ show. It made the Guinness Book of Records in March 2010 for the longest journey made by a coffee-powered car, when it traveled from London to Manchester. Although it did break down a few times on the way!

Last year a Mark II model was made, by just Bacon and his team, with the aim of setting the land speed record for a coffee-powered car. In September 2011, it set a record of 66.5mph! They’re now currently building Mark III, with the aim of traveling over 2,000 miles around the UK.

Whilst making your own biofuel or coffee-powered car might be beyond your expertise to create, there is a simpler way to convert spent coffee grounds to fuel: coffee logs. Coffee logs can be used on open fires or in a log burner to help heat your home. I’m wondering whether they could also be used on the barbeque. They might add a unique flavour to your food. There are plenty of recipes on the internet on how to make them.

#3 As a Building Material

Coffee is now being used as a construction material for furniture. A company called Re-Work has developed ‘Curface’ (pronounced surface), a composite material made from used coffee grounds and recycled plastic. 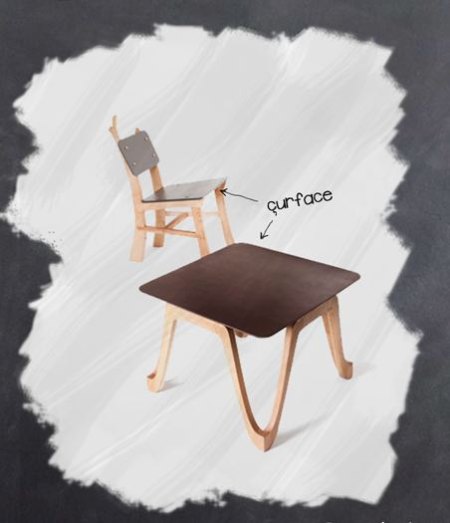 Curface is similar to wood in its uses; it can be sawn and sanded. It also comes in flat sheets like MDF or plywood; so it’s ideal for tabletops and worktops. Unlike wood, it is waterproof, so doesn’t require any further treatment.

Not to be left out, kids can do their own coffee-related construction thanks to a Japanese company. Colors Tokyo has made some Lego-like bricks, called ‘Earth Blocks’, out of sawdust, cedar bark shavings, and used tea leaves and coffee grounds. Unfortunately, the bricks are currently only available in four fairly dull colours, and a 50-piece set costs a hefty 30 USD, so I don’t think they’re going to catch on. Still, the thought is there though.

Coffee Car – coffeecar.org site down as of May 2014

James Grierson
James is the owner of Galla Coffee, a UK based coffee equipment retailer.