You are here: Home / Coffee History / The History of Instant Coffee 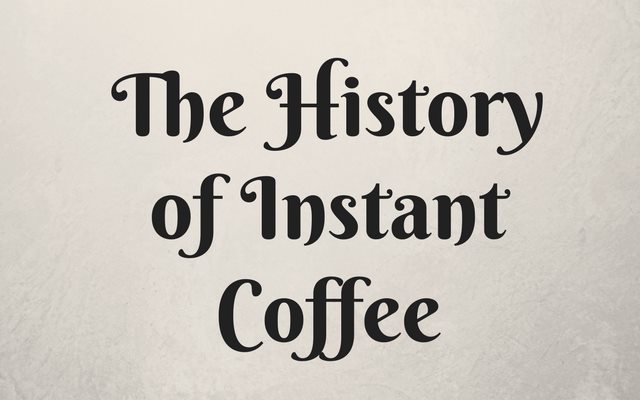 We all have seen and possibly used instant coffee sometime in our life, but have you ever wondered where this dark, mysterious, water-soluble powder gained its popularity? Some might snub their noses at it today, but it has proved to us in the past that it is always ready when we need it most!

The earliest version of instant coffee is said to have been invented around 1771 in Britain. The first American product was developed in 1853, and an experimental version (in cake form) was field-tested during the Civil War. In 1890, David Strang of Invercargill, New Zealand invented and patented instant coffee. ¹  In 1901, the first successful technique for manufacturing a stable powdered product was invented in Japan by Sartori Kato, who used a process he had developed for making instant tea. ²

The first time it was mass-produced was in America around 1910 by George Constant Louis Washington (not related to President Washington). He accomplished a great feat and acquired a patent, but the instant coffee powder was perceived by most to be a novelty with a disagreeable taste. Around 1938, Nescafe became the most popular brand; by co-drying coffee extract along with an equal amount of soluble carbohydrate they improved the taste. Currently, the best process for retaining the taste is freeze-drying, which came around in the 1960s. 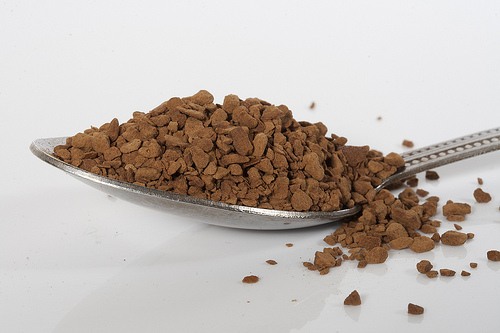 A teaspoon of Instant Coffee by Andy Straw

Where this novelty found its niche market was in the military. Caffeine consumption on the battlefield provided a much-needed boost, and now this was made much easier with instant coffee. In World War I some soldiers nicknamed it a “cup of George.” ³

I am very happy despite the rats, the rain, the mud, the draughts [sic], the roar of the cannon and the scream of shells. It takes only a minute to light my little oil heater and make some George Washington Coffee… Every night I offer up a special petition to the health and well-being of [Mr. Washington].

-American soldier, 1918 letter from the trenches

By World War II instant coffee was incredibly popular with the soldiers. G. Washington Coffee, Nescafe, and others had all emerged to meet the demand. One year, the entire production from the U.S. Nescafe plant (in excess of one million cases) went solely to the military. 4

Today instant coffee still has a force in the market. It is great in recipes like a quick mocha frosting for a cappuccino cookie. In the grocery store, you will see it in all of the instant cappuccino drinks and blended ice drink powders, some of which are even used in coffee houses. Even the military still provides instant coffee powder for that much-needed caffeine boost. Always in an instant, it is there for you!