You are here: Home / Brewing Coffee / The Brazen Brewer by Behmor 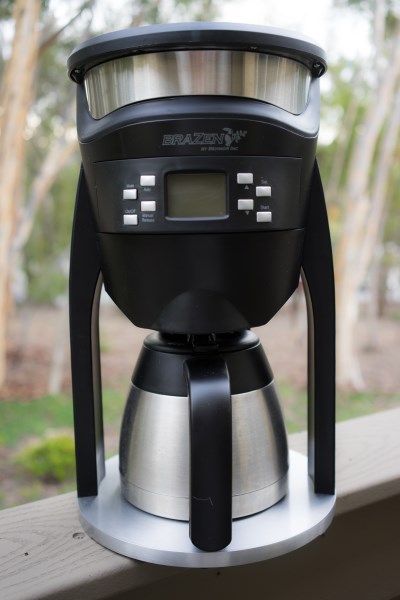 Drip-style coffeemakers are abundant. Walk into any department store, and there will likely be several, many under $50. The problem with most of these coffee brewers is that they do not reach the optimum coffee brewing temperature of 195F-205F (90C-96C), as outlined by the Specialty Coffee Association of America (SCAA). And for the few brewers out there that might reach the correct temperature range, there is no telling where in that range it will fall, let alone the ability for the user to select the exact temperature desired.

For years, espresso enthusiasts have had the ability to set the exact temperature, as seen in models like the La Spaziale Vivaldi and Izzo Alex Duetto. Espresso folks also know that the difference of just a degree or two can actually change the flavor of the coffee significantly. Some espresso machines also allow for a pre-infusion of water, which some say also enhances the extraction and thus the flavor. 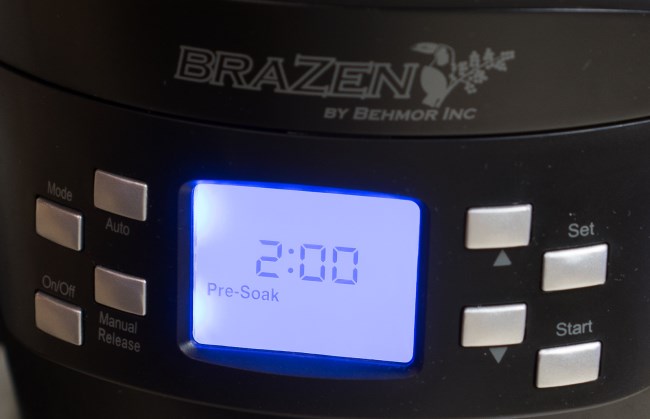 With the Brazen Brewer by Behmor (makers of the venerable Behmor 1600 Coffee Roaster), now the drip coffee enthusiast can be assured of a proper temperature range and the ability to dial it in to an exact temperature, as well as a pre-soak feature. The pre-soak feature is said to enhance flavor, and can also help with “bloom”, a phenomenon where very fresh coffee can expand too much, causing an overflow.

Here is an overview of some of the Brazen’s features, some of which are specialized to appeal to the coffee geek: 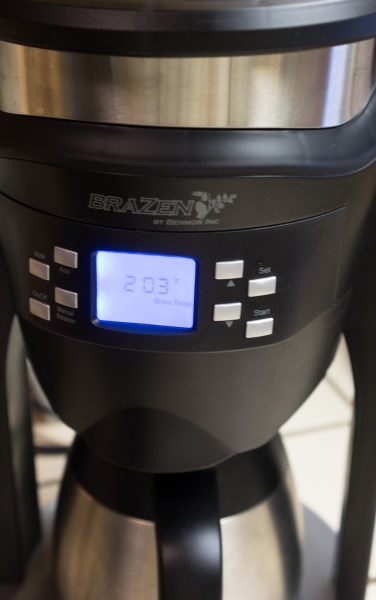 Instead of walking you through how to use the Brazen Brewer, I am going to touch on some of the more specialized features that set this machine apart from many other brewers.

This is probably the best feature, and it works very well. I tried a couple of temperatures with freshly roasted Congo and Malawi coffees. Here were the results:

I think it is clear that this is a feature that you need (even if you did not know it). 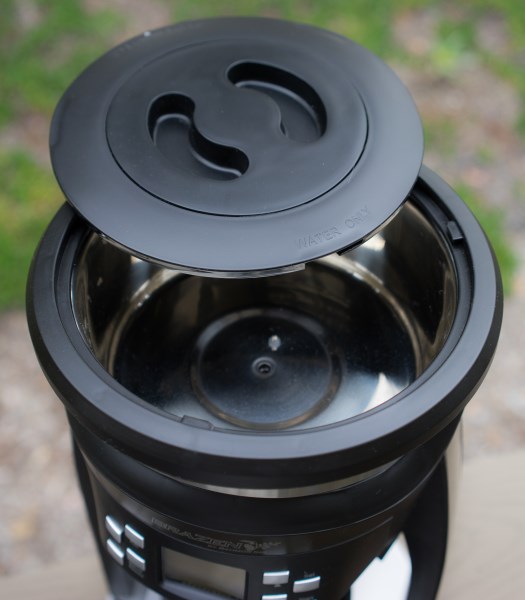 I live pretty much at sea level, so I cannot really say if the calibration did much, but I can imagine at higher altitudes, this feature could make a big difference in dialing in your brew temp.

So I did have problems with bloom on some of my fresher coffee and allowing a pre-soak time of about 2 minutes helped a lot. I did a taste comparison with 0, 2, and 4-minute Pre-Soak times on some not very fresh Peruvian coffee, and I did not notice much of a difference in flavor. I suspect it might have made a difference with fresher coffee. But just controlling the bloom with pre-soak was awesome.

This is really cool. You can take out the basket completely and fit your own pour-over brewer like the Chemex underneath for direct brewing. Just be sure to make sure the volume of water you put in the reservoir does not exceed your vessel. 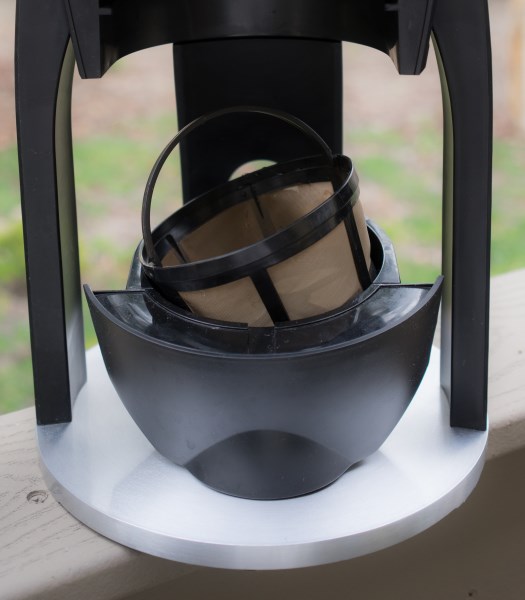 This is similar to the Direct Brewing Feature, but instead of brewing direct, you set your precise water temp and have it dump all that water into the carafe. Think of it as a very precise hot water kettle. Now you can use this in tea, or some other pour-over coffee systems that you may want a little more control over, such as the Clever Coffee Dripper, Melitta Cone, or even French Press.

I have owned and still own other SCAA-certified coffeemakers; the Technivorm Moccamaster and the Newco OCS-8. I ended up selling the Technivorm long ago, but still have the Newco, mainly because it is plumbed in, and is easy to just hit a switch. But now that I have the luxury of setting a precise temp and pre-soak time, I find myself using the Brazen 8 times out of 10. Maybe Joe Behm will consider a plumbed-in version in the future.

Do yourself a favor and go buy one right now. Unless you need a plumbed-in coffeemaker, there is nothing out there that comes close to the Brazen Brewer. 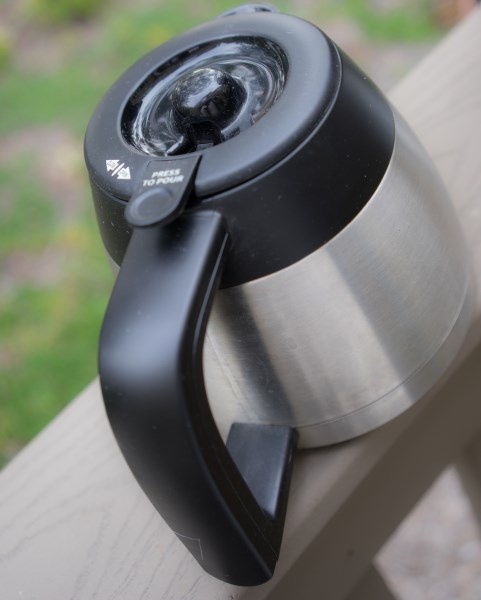