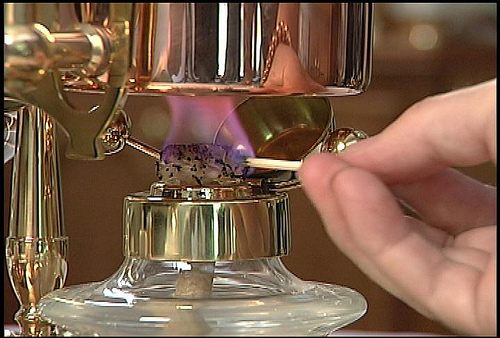 It must have been the late 1850s. Franz Josef, Emperor of Austria, King of Hungary, was hosting a Royal banquet with his lovely young Empress Elisabeth, whom we all know from the movie “Sisi”. All the courts of Europe were invited to “Schoenbrunn”, the summer palace of the emperor and the hub of royal social life. It was a grand occasion, reflecting the wealth and power of the Hapsburgs.

It was here that Wolfgang Amadeus Mozart gave his first concert at the age of 6. Afterward, according to Mozart’s father, he threw himself onto the Empress’ ample lap and gave her a kiss. But that’s another story. 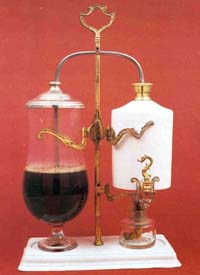 In the 18th and 19th centuries, the pleasures of the table reached new gastronomical heights with the discovery of different and exotic foods and spices. Table settings became more elaborate. At each course, all the different dishes were placed on the table at the same time in exactly the prescribed locations.

The Kings, Queens, Dukes, Duchess, Barons, and Baroness would help themselves to whatever was near at hand without moving the dishes, and if necessary pass their plates to their fellow aristocrats to get food that was out of their reach.

This meant it was impractical for these noblemen to sample all the dishes so it was important to have an interesting selection of foods near each guest. Each course had the same number of dishes and as many dishes as there were in one course, so many baskets or plates the dessert had. This important feast might have had up to eight courses, dessert included.

There was no lack of good cheer and five hours at the dinner table was a reasonable latitude with a company this numerous. Servants numbered more than one to each guest.

Dessert – The Crowning Glory of a Grand Dinner

After this very elegant dinner, the table was prepared for dessert. Elaborate desserts were in vogue in the 19th century. As Horace Walpole wrote, “All the geniuses of the age were employed in designing new plans for deserts.” Gardens and pastoral scenes were evoked firstly in sugar to provide a backdrop for the fresh and sugared fruits, sweetmeats, jams, and creams. Such excess was meant to overwhelm the royal guests.

Then, just as with the previous courses different desserts were placed at the table at the same time in exactly prescribed locations. 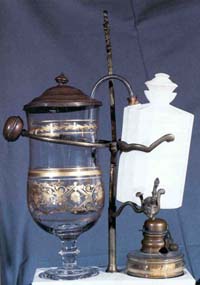 But, the enormous interest in coffee making in the early 1840s had its own consequences. Fashionable Europe moved to something new, silver- and goldsmiths were competing to supply the courts with exciting and elaborate contraptions to present the new delicacy – and Franz Jozef and Elisabeth had a surprise for their royal company. They had commissioned a Parisian goldsmith to supply them with a great number of balancing syphons.

Silver- and goldsmiths were famous for creating objects designed for solemn ceremonies or receptions. They were renowned for creating magnificent silverware to be used at sumptuous banquets. They avoided any monotony or repetitiveness in their creations. High and low reliefs were particularly widely used in decorating. These pieces of art impressed the esteemed guests with their exuberance, splendor, and magnificence. Renaissance, Baroque and rococo styles all got mixed up. Vienna, the capital of the Austro-Hungarian Empire became one of the greatest jewelry centers of the world in the 19th century, and the Viennese silverware in the so-called “second rococo” style was to be found all around Europe.

The superior merits of the balancing syphon hardly needed stating. It was extremely safe, it was completely automatic and it had offered a great opportunity to doctors, mathematicians, pharmacists, coffee proprietors as well as glassmakers, silver and goldsmiths to try their improvements to the balancing syphon which showed that it was possible to make a perfectly simple design very complicated.

Its appearance was only half the story. This tabletop coffee brewer was remarkable and a marvel to watch. It used the forces of nature, fire, steam, pressure, and gravity to brew the best coffee they had ever tasted.

It held guests spellbound. “O-h’s” and “A-h’s” were heard as the gleaming, spigot canister pivoted up, as boiling water flowed through the pipet into the fine crystal glass, while the Bunsen burner closed automatically, which cooled off the canister, creating a vacuum, syphoning back the coffee from the glass and lowering the kettle again in the correct serving position. All automatic, all in a matter of minutes.

This may explain why it became such a great success. The courts marveled. They had never seen anything quite like this!

Boiling water is pushed through the metal pipet. By the time the water reaches the grounds, it has cooled a few degrees. The result: coffee and water meet at the perfect temperature to extract the oils and flavors, but not so hot as to impart a “scorched” taste. The beauty of this process is that the coffee is brewed by extended contact with water at exactly the right brewing temperature, the temperature is maintained throughout the process, and then the coffee is immediately separated from the grounds. 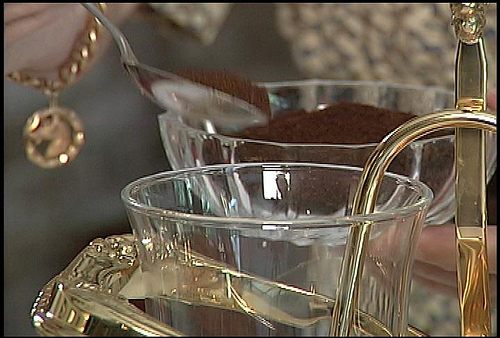 The system traps the delicate aroma and flavors in the closed canister to produce a coffee unlike any you’ve ever tasted. The bitter grounds stay in the glass carafe by way of a gold filter at the end of the overflow pipe.

There are no paper filters to impart a slightly papery taste, or even worse, to take up the aromatic oils that give the different coffees their unique taste. The coffee from a syphon can best be described as “crystal clear”, with great purity of flavor and aroma and no bitterness added by the brewing process. Any faults in the coffee flavor will also show up, so syphon users tend to gravitate to the best beans they can find. No other brewer can give the same purity of flavor and lack of bitterness due to the exquisite temperature control, since the coffee brews about 2 degrees Celsius below boiling point, without ever actually boiling.

As of today, no coffee maker equals the balancing syphon in brewing the purest coffee. One of the most stylish, inspiring, and exclusive ways to make coffee is with a balancing syphon. The “alchemical” display of kettle, pipes, and counterweight, are guaranteed, just as it did for Frans Jozef and Elisabeth, to impress friends and relatives, while also making a darn good if not a perfect cup of coffee. 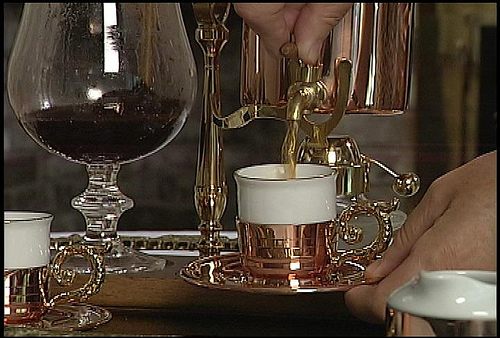 Pouring the coffee from the balancing syphon.

Balancing syphon systems appeal most to those who value academic novelty and ceremony as much as the corporeal pleasures of taste and smell.

The rules and customs associated with dining have changed over the years, but Anthelme Brilat Savarin’s “Maxims for dining”, published in the early 19th century still holds true: “When you invite a man to dinner, never forget, that during the short time he is under your roof, his happiness is in your hands.” With a balancing syphon at the table, your success is guaranteed.