Bill Talen, who is better known as Reverend Billy, is now running to be the next Mayor of New York City. Some longtime INeedCoffee readers will recall that back in 2002, Reverend Billy went after coffee giant Starbucks. He delivered sermons in Manhattan on the ruthlessness of Starbucks Coffee. From Reverend Billy’s Starbucks Invasion by […] 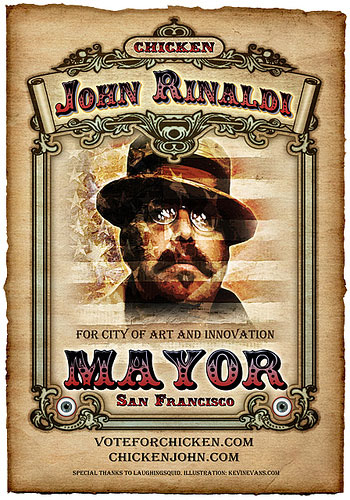 Chicken John Rinaldi may wind up leaving San Francisco soon. Nearly everybody he knows in town is moving out. To paraphrase Chicken John, the billionaires are kicking the millionaires out, turning the once-eclectic city into an unaffordable, corporate, NIMBY suburb. But Chicken John won’t leave until he’s made his stand. In June, he announced his […]

Winter: Minor Celebrity, Major Coffee Achiever Only two people have ever recognized Winter on sight. So when somebody refers to Winter as a celebrity, he’s quick with a clarification – he is, in his own words, a “minor celebrity.” When Winter walks up to the counter at a Starbucks and tells the barista why he’s […]

When Winter saw Memorial Day fast approaching on his calendar, it quickly triggered a thought: “I hate to waste a three-day weekend.” For Winter, making the most of the weekend will entail hopping into his ’97 Integra and cruising out of his hometown in Plano, Texas, visiting as many Starbucks cafes as humanly possible. As […] 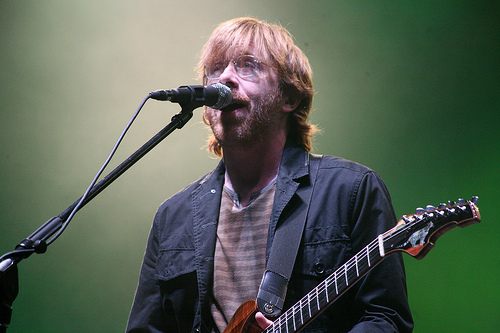 A handful of professional athletes can claim to have done what Phish did musically – quit on their own terms while they were on top. John Elway’s entire football career seemed destined to become a refrain of “could have been’s” until he capped his sixteen-year NFL career by leading the Denver Broncos to back-to-back Super […]

Elitism and Democracy: Coffee in the Life and Literature of Saul Bellow The fine line between coffee afficionado and coffee snob is finer than that which divides a perfect espresso from one over-extracted. Coffee lovers may be a truckdriver on the highway in need of an invigorating drink or someone with a love for great […]