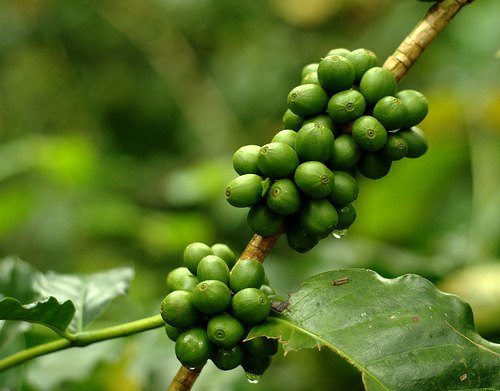 In the 1600s coffee made its way to Europe, first through the port of Venice, Italy. By sea, it traveled, and traveled, and traveled some more. In the days before FedEx (can that even be imagined), people were eagerly waiting for any new shipment and were patient with the not-so-great shape of some of the items. Monsooned coffee was born out of this unlikely situation.

The coffee beans, in large wooden sailing ships, made their way across the sea, which could take up to 6 months to arrive in Europe from the Indian and other tropical coffee growing regions. In the bottom of a wooden vessel, conditions were dark, damp, and musty. It could become wet and even moldy before it reached its European port.

Since coffee only grows in tropical regions, these people did not have a clue what fresh, clean coffee tastes like. They welcomed the coffee as it was, not knowing any different. In the ship, the beans would soak up moisture, swell in size, change color to a pale yellow (fresh, unroasted coffee beans would be green), and, with a great effect on taste, lose much of their acidity. This coffee with a unique earthy, slightly musty taste (okay, just call it mold), coupled with low acidity, quickly became a preferred drink.

As the shipping methods and vessels improved, the taste of the coffee changed. No longer were the coffee beans subject to these “sub-standard” conditions. The coffee arrived fresh, now tasting brighter, spicier, more acidic, and less earthy. They said, “What happened to our coffee?!” All the great, new shipping methods that kept the items nice turned out to be a problem instead of an improvement. The people were upset, wanting again the coffee they had grown to love. The original taste of this coffee was lost, but not forever.

In India now there is a common process, called monsooning, that recreates this taste. After the coffee beans are washed, instead of the normal drying process, they are spread out on a warehouse floor during the monsoon season. They are not directly rained on but instead soak up moisture from the humid air blowing through. This process can take up to 16 weeks to complete, recreating the humid, long journey that once brought this beloved bean to Europe.

If you would like to take a journey back to the 1600s, brew a cup of Monsooned Malabar and let your imagination run away. Some supermarkets carry it, but it is easily purchased on the internet.

Rev. Edward Terry, the chaplain to Sir Thomas Roe who was ambassador at the court of Emperor Jehangir, provides a detailed account of its usage (in 1616):

Many of the people there (in India), who are strict in their religion, drink no Wine at all; but they use a Liquor more wholesome than pleasant, they call Coffee; made by a black Seed boiled in water, which turns it almost into the same colour, but doth very little alter the taste of the water: notwithstanding it is very good to help digestion, to quicken the spirits, and to cleanse the blood.