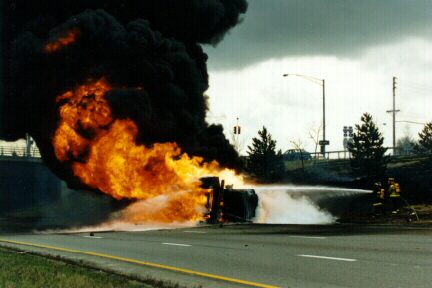 Last month I located a Melitta AromaRoast Coffee Roaster on eBay. Even though I already have several other home roasters, I figured it would be fun to tackle a new one and in the process write up a roasting tutorial for INeedCoffee. My initial research told me that roasting in a Melitta AromaRoast would be more difficult than most roasting methods. What started out as a roasting challenge almost burned my house down. But I’m getting ahead of myself.

The Melitta AromaRoast is an electric fluid-bed home coffee roaster. According to Kenneth Davids, the author of the home roaster’s bible Home Coffee Roasting, Revised, Updated Edition: Romance and Revival, the AromaRoast was imported by the Melitta Corporation from Hong Kong in the early 1980s. The roaster apparently infringed on the American patent holders, who were successful at getting the roaster removed from the consumer market.

Even though you can no longer purchase an AromaRoast from the store, you can still find them every now and then on eBay or other auction sites. I ended up buying mine for around $30 with shipping.

One of the goals with home roasting is not to roast the beans too fast or too slow. If you roast too quickly, the beans won’t fully develop the flavors one associates with home-roasted coffee. On the other hand, if the beans take too long to roast they bake, which results in a very flat taste. The AromaRoast has a reputation for being underpowered.

My first roast confirmed this. After 11 minutes of roasting the beans were still a lightly roasted cinnamon hue. Another problem with the AromaRoast, besides its being underpowered, is that there is no way to visually monitor the roast. Other roasters such as the Hearthware and the Fresh Roast have a glass casing so the operator can stop the roast when the roast gets to the desired color. Getting perfect coffee out of the AromaRoast would take a little practice.

In order to roast the beans quicker, I needed more power or some way to trap the heat. I decided to use the box concept Ryan Jacobs described in his article Cold Weather Roasting. At this stage, I made 3 big mistakes.

Burning Down the House

Instead of monitoring the roast, which all home roasters regardless of method should make a practice of doing, I was upstairs surfing the Internet looking for Melitta roasting tips. Exactly 5 minutes into the roast, I went downstairs and saw my porch completely filled with mounds of smoke. Oops! Without a moment’s pause, I did a full out sprint to the backyard. I leaped to the outlet and yanked the cord from the wall. The box was still spitting out a column of smoke. Grabbing only the box, I shook the red hot roaster onto the concrete. The coffee that spilled out was black as charcoal and still smoldering. The inside of the box was scorched.

The coffee was destroyed.

Day one roasting with the Melitta AromaRoast was a complete failure. The first batch was under-roasted and the second was, to put it mildly, a tad over-roasted. The next weekend, I struck out in search of the holy grail of getting perfectly roasted coffee. Armed with a stopwatch, a notebook, a larger box, and a bucket of water, I was ready to master this roaster. However, it was too late. The inferno from the previous week toasted the machine. It was dead. The important lesson here is don’t leave a roast unattended, especially when it’s a new style of roasting.

It really wasn’t this bad, but the coffee and the roaster were ruined.

Many home roasters will tell you that you can roast better coffee cheaper and easier with a popcorn popper. Once you have mastered the basics and would like to fiddle around with the electronics, search the Usenet (aka Google Groups) for Melitta posts by Ken Mary.