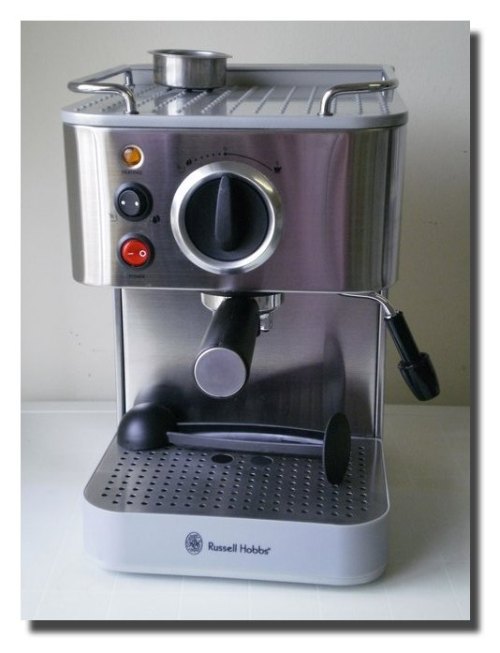 Russell Hobbs espresso machines are available in South Africa and the UK.

I saw it at the local supermarket on a stand from local mass-market coffee purveyor ‘House of Coffees’. It was a prize to be won and I decided that I would win it whatever it took. There was a cardboard post-box for till slips from purchasers of that brand of coffee. The box had only a couple of slips in and the draw date was left blank. “When the rep comes around next” I was told.

I made a plan to achieve my goal. For nearly two months i bought so much packeted coffee that I had to stash it in a box for future use. I dare not say how much I bought! One of the plusses in favout of this strategy was that the competition box was back in the depths of the supermarket, you had to make a plan to take the slip to the box after you had purchased your groceries. Not difficult but enough of a hassle to deter most people who concentrated on the ‘win a scooter or giant tv’ competition by the exit. Creasing the slip in half stopped it lying flat with others.The result was that when it was drawn way over half of the slips were mine. The supermarket rang me on a Monday morning and I was there to collect it at lunchtime, posing for the obligatory photograph for the local newspaper. 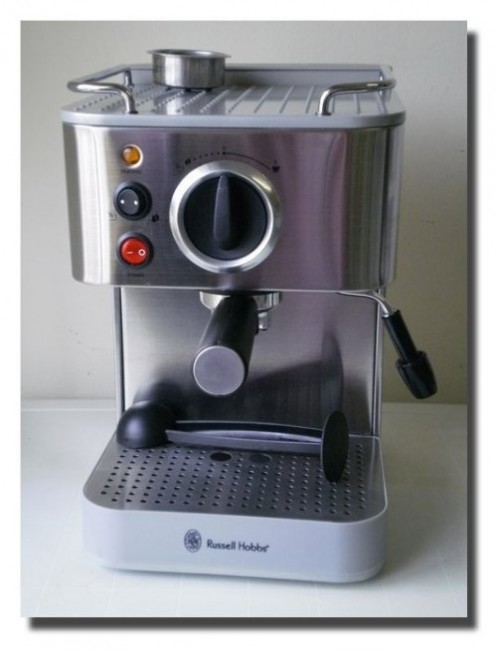 It stayed in its box for 2 weeks while I decided how to arrange my kitchen to place it to best advantage. On top of my small fridge was the final solution. Now lets review this item.

Well it is an appliance-level device, not a professional’s coffee maker, probably not worth repair unless it goes wrong within the guarantee period. There were signs that maybe this was a reworked warranty return item, probably sold off at bargain rate to the coffee company. Not that I am worried as it was, after all, FREE. 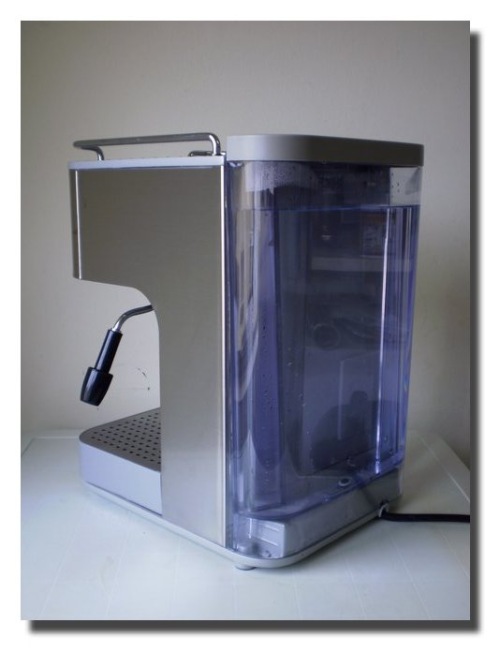 Back of espresso machine

It sports a nice attractive stainless steel finish, a one-cup and a two-cup basket, a two-cup group head, an on-off switch, a hot-water / steam switch, power-on and heating-up lights, a steam nozzle, large main control knob, a 1.5l see-thru water tank, and a warming rack on top. The box says “15 bar pressure for rich delicious espresso” and with no gauge we must believe it.

In use you let it warm up, put the coffee in the basket, set the controls and turn the main knob to get the coffee going through. After that you can steam the milk, drink the coffee, and clean it up or make more coffee. 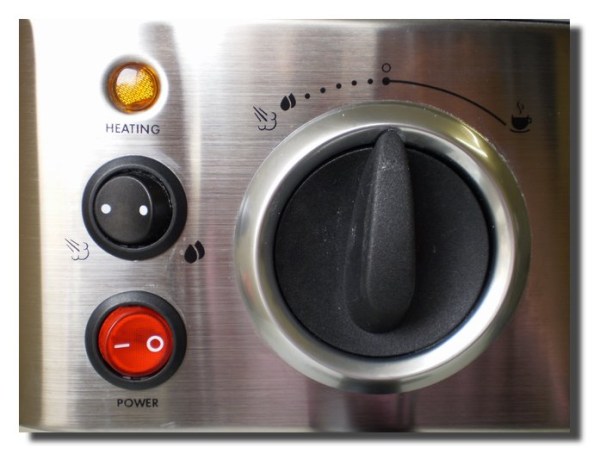 Plus features: It is easy, makes a nice coffee with good crema on the top, it makes all the right noises with the water pump, water gurgles, steam hisses, and hot water flushing into the drip tray. Enough to impress a modest guest list. There is a detailed instruction and recipe book with 44 numbered drawings to assist the novice. The warming rack will keep your honey from crystalising too!

Cons: the bottom of the plastic tamper is neither quite flat nor large enough. You have to wait a short while for it to heat up to steam temperature after making the coffee. I don’t suppose it will last forever but if you are not running a commercial coffee bar it will suffice until you can buy a better one. 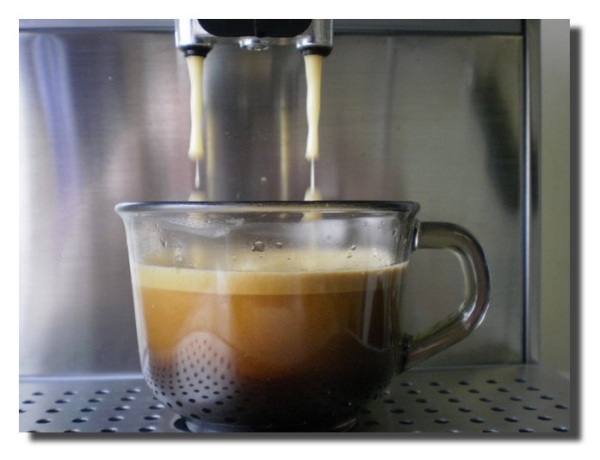 Overall summary. I can make a good coffee within the limitations of my beans and grinder. Probably not too expensive to purchase, I believe around R1000 locally. Probably less at Clicks. Take the electric drip to the office and get one!

Ian Balchin
I have owned and ran Fables Bookshop in Grahamstown, South Africa, for 20 years now. I do try to ensure that we have reasonable coffee for the staff and not just the lowest grade of instant on the supermarket shelf, sometimes my efforts are even appreciated!

I enjoy some computer programming in Perl which frequently causes excessive coffee consumption to concentrate my efforts. I look forward to improving my home brew by roasting my own beans some time.