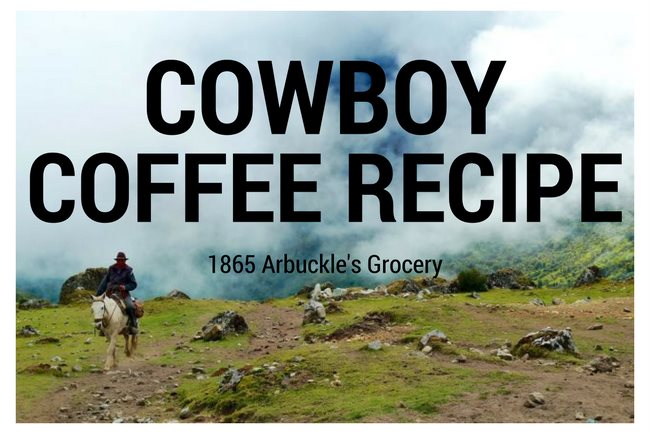 With Comstock’s wild west heritage, we thought it only fitting to say a few words this month about Cowboy Coffee, and the brand that became synonymous with coffee ’round the campfire, Arbuckle.

Cowboy coffee was not a brand, but a brewing method developed, naturally enough, by the roaming cowboys of the prairie out of necessity. It is surprisingly similar to the ancient practice of Turkish coffee, but not as refined. Cowhands expected their coffee to be ‘brown gargle”, hot, black, strong, and thick enough to float a six-shooter in.

It is ironic to realize that, whatever you think about the taste before 1865 cowboys drank fresher coffee than most Americans do today. That was because, though preparing coffee on the range was a tedious and time-consuming task, cooks had no choice but to buy green coffee and roast it fresh in a skillet themselves before brewing. In contrast, to most of today’s supermarket brands -coffee is roasted months in advance, and kept stored in cans, before finally appearing in your cup.

Like today’s consumer though, for the cowboy on the range convenience was the key, and in 1865 when Arbuckle’s Grocery in Pittsburgh developed a special roasting and coating technique that kept beans tasty for long periods it soon became the cowboy’s brand. Arbuckle had devised a special egg and sugar glaze that sealed flavor in the roasted bean. Soon cowhands were asking for Arbuckle’s at cow camps and ranch houses across the prairie. 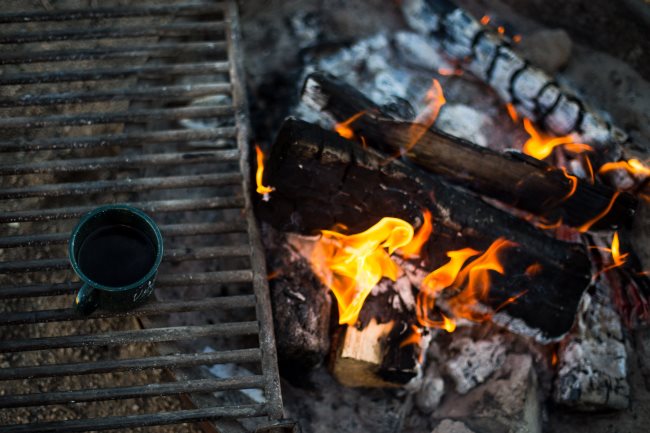 Bring water to a boil in a large saucepan or coffee pot. Add coffee grounds and an eggshell to boiling water. Return to a boil, remove from heat, and let stand for 2 minutes. Slowly add cold water to settle the grounds to the bottom. Let stand for 1 minute to allow grounds to settle. Use any remaining coffee to extinguish the campfire.

Now don’t be surprised if, in a wave of nostalgia for the days of the pioneer, you attempt to brew your own Cowboy Coffee and find it less than palatable. Our suggestion is that you add some sugar to this potent brew, or take your chances. We suspect that is what made Arbuckle’s coffee so popular: their egg and sugar glaze probably added just enough sweetness to satisfy the palate without offending the big tough ranchers ‘taste for adventure’.

Also, unless you normally go through a gallon of coffee, you might want to scale the recipe down a bit. Yippie Oh Kiay, podnuh! 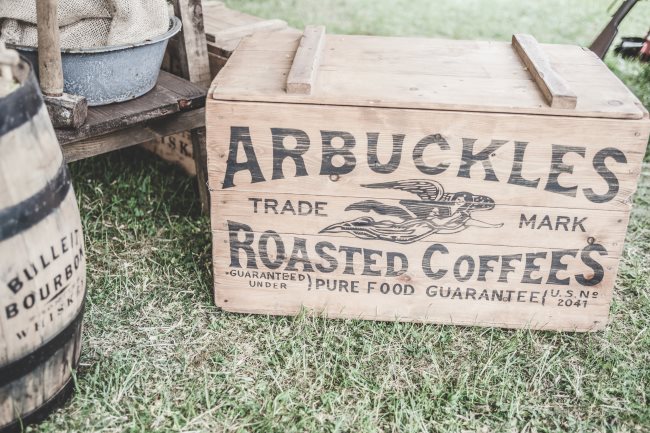 Pittsburgh was the Coffee Capital of America! – The story of Arbuckle’s Grocery.

CB Miller
Small coffee roasters are perking up all over the country, recreating styles and blends which were nearly impossible to find just a few years ago. The quality of these blends remains unparalleled by those of the giant coffee companies. However, it is difficult to experience these wonderfully fresh roasted coffees because the roasters are scattered all over the country. Visit betterbeans.com.