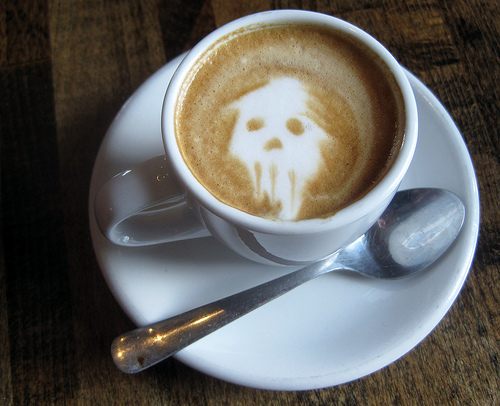 For a long, long time, researchers have been investigating the impact drinking coffee has on the human body. This article focuses on some of the more common misconceptions related to coffee and health. It is important to realize what the studies are actually saying and not to draw incorrect conclusions based on reading the study.

Two recent studies have been published citing that drinking coffee which is unfiltered as in the French Press method are associated with an increase in LDL (bad) cholesterol and or homocysteine levels.

The first study, by Dr. Marina Grubben et al, published in the American Journal of Clinical Nutrition was conducted in the Netherlands. It involved studying 64 healthy adults drinking six large cups of unfiltered coffee or another beverage during a two-week period. The results showed that there was an increase in homocysteine levels of 10% in individuals who consumed unfiltered coffee. They linked this to an increased risk of heart disease by 10%.

These studies, while interesting, don’t tell us anything about the long-term effects. A two-week study does not give us an answer to the long-term risk of drinking unfiltered coffee. In the homocysteine-related study, the control group didn’t even drink coffee. Yet the way this has been reported is that it is healthier to drink filtered coffee. A more recent study has shown that homocysteine levels did not drop when drinking filtered coffee. There has been trouble isolating the cause. Is it the caffeine? Who knows? More research is needed.

Is this latte signaling a health risk?

It has long been thought that coffee, as a stimulant, would lead to various forms of heart disease. The recent literature. however, suggests that coffee is safe in moderate doses. Recently, one researcher, Warren G. Thompson, M.D., noted in a 1994 literature review on this subject: “The largest and better studies suggest that coffee is not a major risk factor for coronary disease.”

Additionally, a major study conducted by Willet, et al., examined data collected from more than 85,000 women over a 10-year period. Upon adjusting the data for known risk factors such as smoking, they found no increased risk of CVD for women who drank six or more cups of coffee per day.

A 1990 study by Diedrich, et al., looked at 45,000 men. It found no link between coffee, caffeine, and CVD in men who drank four or more cups of coffee per day.

Oftentimes, when people see me drinking a cup of coffee they give the warning “You shouldn’t drink coffee, it will give you ulcers.” The thinking, until recently, was that excess stomach acid caused ulcers and that coffee would contribute to the stomach acid. Recent studies however show that most ulcers are caused by a particular bacteria, namely Helicobacter pylori. These ulcers can be cured easily with antibiotics. An important distinction to make is that while coffee or spicy foods for that matter don’t cause ulcers, they may serve to aggravate existing ulcers.

#4 Coffee Is Bad For Reproductive Health

Miscarriage, low birth weight, infertility. These are all commonly associated with increased coffee consumption. However, there has been little convincing evidence that a moderate amount of caffeine during pregnancy will cause these conditions.

Scientists have had trouble linking the consumption of coffee to miscarriage. There are many confounders in this area. As an example, it has been found that women who don’t experience nausea during pregnancy are more likely to miscarry. This could be due to them being less likely to stay away from foods and beverages that cause nausea. Therefore, coffee could be lumped in together with many other things that are consumed that should be avoided.

Low birth weight in children has not been proven even at high caffeine consumption levels in women. A 1993 study by Larroque, et. al., found that women who consumed more than 800 mg of caffeine daily had no greater risk than women who did not.

Furthermore, studies have also shown that women who drink more than three cups of coffee daily are at no increased risk of infertility or delayed conception.

Certainly, there have been many other studies conducted on coffee and health and many more will be performed in the future. But before you jump to the conclusion that you are going to die a premature death, read the article a little closer and seek out related articles to see if there is conflicting data. And in the meantime, enjoy your coffee in moderation.