You are here: Home / Coffee and Health / Can Pregnant and Nursing Mothers Drink Coffee? 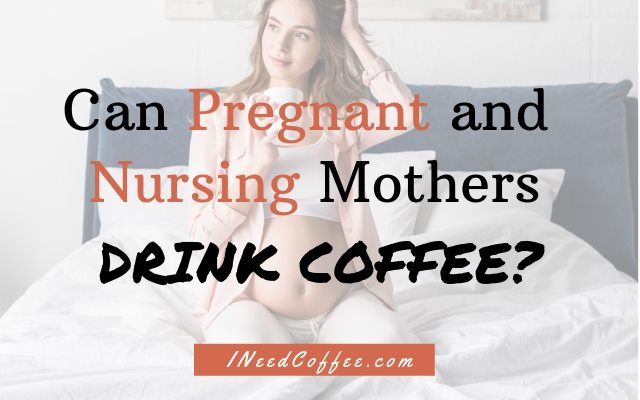 One moment you’re jumping for joy at the thought of welcoming a new life into the world, and the next, you’ve hit a wall – a little something called caffeine withdrawal. As any expecting mother can tell you, the excitement of pregnancy brings with it a long list of contraindications: foods, drinks, substances, and activities that you absolutely “must” avoid at all costs or risk harm to your unborn baby.

But before we buy into all of the pregnancy scare tactics, it’s time to get down to the truth of the matter. Yes, it’s important to do everything in your power to protect your little one on the way, but abstinence from your favorite foods and drinks may make pregnancy unbearable for some women.

So what’s the answer? Can you have coffee while you’re pregnant, or is it really the devil’s brew?

When you start to do a little digging about how much coffee, if any, you can drink while pregnant, the results are mixed at best. Sigh. It may take a little more effort than first anticipated to get to the bottom of the issue.

The American College of Obstetricians and Gynecologists state that moderate caffeine consumption (less than 200 mg/day) is not a contributing factor to miscarriage or preterm birth. The March of Dimes also throws in their two cents (yuk yuk) by recommending that pregnant women drink no more than 200 mg of caffeine a day. This boils down to a single 12-ounce cup of coffee, depending upon how you brew it.

Much of the reason for coffee-related concern during pregnancy is due to a popular study from 2008, showing that women who drank 200 mg or more of caffeine a day doubled their risk of miscarriage as opposed to those who abstained from caffeine. 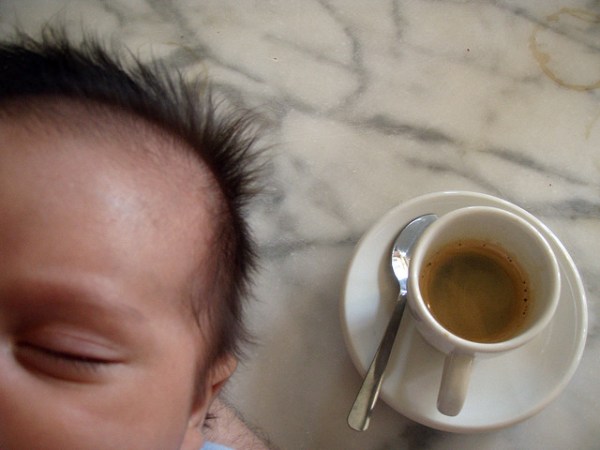 However, a study in 2016 confirmed the same findings by stating that higher maternal caffeine intake was linked to a higher risk of pregnancy loss.  Although the authors stated that the results were inconclusive, this study also recommends minimizing caffeine intake.

Yet critics of the study point out that the researchers didn’t take into account how the coffee was brewed or what type of coffee was consumed. For instance, a heavier French roast served black will be much stronger than a typically weak cup of American coffee that may be served with cream and sugar.

As you can see, the evidence for caffeine in pregnancy is conflicting. It is important to keep your baby and yourself healthy while minimizing unnecessary changes during pregnancy. This brings us back to the topic of moderation.

As a Nurse-Midwife, I advise patients to ideally stick to one cup of coffee per day.  While having more than one may be acceptable occasionally, avoiding a regular high caffeine intake is essential. – Caitlin Goodwin, MSN, RN, CNM

Initial caution about drinking caffeine during pregnancy began in the 1980s when the FDA published recommendations for pregnant women to limit caffeine based on results from a study where pregnant rats exposed to caffeine saw harmful side effects in their fetuses. Nonetheless, the amount of caffeine consumed in the rat study was excessive at best, equivalent to 50 to 70 cups of coffee a day for a 130-pound adult.

Pregnant women can make a wise decision by doing their homework based on all the studies listed above and consulting with their doctors. In most cases, moderate consumption at up to 200 mg a day of all caffeinated substances won’t pose any issues.

But we can’t close the book on caffeine just yet. After the baby is born, how much coffee can you drink while breastfeeding?

In a Brazilian study conducted on 885 infants born in 2004, researchers proved that although babies of mothers who were heavy caffeine drinkers appeared to wake more often at night compared to babies of mothers who drank little caffeine, the effect was negligible. Researchers agreed that drinking large amounts of caffeine during pregnancy and while breastfeeding didn’t affect infant sleep for three-month-old babies.

To get down to the nitty-gritty, Kelly Mom once again recommends caffeine in moderation. Babies under six months may be more sensitive to caffeine in breast milk, especially if a mother avoided caffeine completely throughout her pregnancy.

If a baby shows signs of caffeine sensitivity after breastfeeding, it may be wise to scale back on coffee drinking and try to increase as the baby grows older. Nonetheless, moderate caffeine consumption while breastfeeding is perfectly safe and is considered a Lactation Risk Category L2 per the guidelines from Medications and Mother’s Milk.

When monitoring caffeine consumption as a pregnant or nursing mom, it’s important to look beyond your cup of Joe. Besides coffee, caffeine can sneak up on you from a wide variety of sources, including tea, diet soda, chocolate, and even coffee-flavored ice cream.

Editor’s note: The first version of this article was written by Bethany Ramos of TheCoffeeBump in 2012. Updated information was added by Caitlin Goodwin of Mom Loves Best in 2019.

Your Ultimate Guide To Caffeine And Breastfeeding – From Mom Loves Best.

Infant Coffee – 6 Tips for Coffee Drinking Parents – Some tips for coffee-drinking parents to be safe with hot beverages like coffee around children.