You are here: Home / Cafe Culture / Alex’s Worst Cup of Coffee Ever 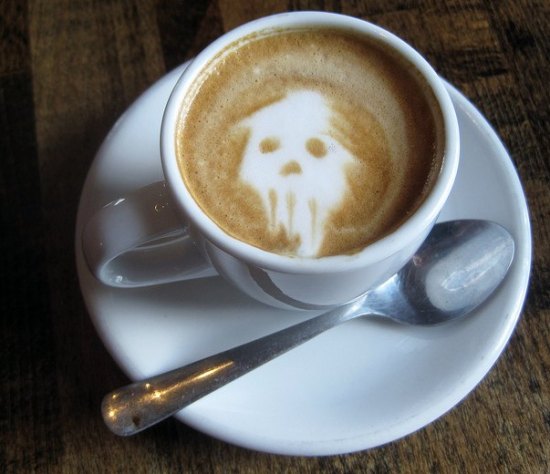 No need for melodrama; I’m sure that heroin addiction is a whole lot worse than coffee addiction. Regretfully, I have no first-hand tales to offer of robbing a liquor store, shivering in the gutter, or swan-diving into the worst toilet in Scotland, just to score some coffee. All the same, in my own middle-of-the-road, essentially law-abiding life, bad coffee has brought me to some pretty low places.

My love of coffee is partially a taste for the gourmet, and partially a need for caffeine. Caffeine cravings prevent me from being 100 percent uppity about coffee quality – in a pinch, I’ll drink mass-market or fast-food coffee that would make some of my INeedCoffee colleagues retch. Inevitably, that leads me to the occasional moment when I’m so hard-up for a caffeine lift that I’ll drink damn near any cup of swill that calls itself coffee.

As for the worst coffee I’ve ever had, it’s a two-way tie. I can still taste these two vile brews, many years after I ingested them. Both times, all five of my senses screamed, “NOOOOOOOOO!!!!!!!!!!” (Yes, historically awful coffee even sounds revolting.) Both times, my caffeine cravings waged epic warfare against the senses, urging me to keep drinking to the last, wretched drop. Two internal Armageddons and the result is a tie – once it was bad enough to stop me, the other time, I kept on drinking.

Coffee Disaster No. 1: Getting What I Paid For

God bless that woman who served me that legendarily disgusting cup of coffee in West Virginia. I know neither her name nor the name of the daytime diner where she worked. I only know the place was somewhere west of Charleston. Whatever her name and wherever she may be, that good woman tried everything within her power to prevent the oncoming taste travesty, and she would accept no payment for it.

Hours of mountainous highway driving left me weary on the return swing leg of a road trip from Washington, D.C. to Memphis. On a state route, I stopped at a diner mere minutes before its mid-afternoon closing time. If you forced me to guess, I’d wager the diner’s clientele consisted almost entirely of morning coffee drinkers – not types to stumble in during p.m. hours in need of a caffeine fix. I asked if they had any coffee I could get in a go-cup, and the woman behind the counter pointed to a nearly-empty pot, in which brown residue clung to the glass above the puddle of coffee at the bottom.

“It’s leftover from the morning,” she said.

I was. The woman poured the remnants of the day’s brew into a Styrofoam cup, popped on a lid, and handed it to me. I pulled out my wallet, but she waved me and my money away.

Back on the highway, I took my first sip. I’ve had plenty of coffee that tasted burned from too long in a drip pot. But this was a whole new league of burned. This tasted as though it had been steeped in the grime that collects on a drip-pot burner after a spill. Worse, I hadn’t put any sugar in it. On this day, if I wanted the caffeine, I’d have to drink this badly burned coffee raw, unfiltered, and unsweetened.

As I drove, I took several sips, tensing up in defensive anticipation each time. These few sips, however, gave me the jolt I needed. My fatigue was gone, displaced by distaste for the coffee and my reluctance to drink it. As evening I approached, I arrived at my destination of Lewisburg, W. Va., having only consumed about one-quarter of the cup.

In Lewisburg, the coffee received a fitting disposal. Though knowing about the environmental perils of pouring hazardous waste down the toilet, that’s what I did with the remainder of this coffee. I flushed it out of sight, but I didn’t dare ruin the moment with any flip comments. I’d received fair warning, and the price was right.

I didn’t have the luxury of pouring out the other transcendently disgusting cup of coffee I drank. It was finals week of my sophomore year at Villanova University, on a morning after my third consecutive all-nighter.

Two finals loomed ahead that day. The morning coffee was more crucial than ever. Coffee at Villanova’s dining halls was unremarkable, but adequate for someone lacking any coffee snobbery – Maxwell House from a self-serve machine. It did me fine.

But on that morning in Dougherty Hall, something was terribly wrong. The coffee machine sputtered and clicked before any liquid came out. I stubbornly continued to clutch the self-serve lever, in hopes that something would come out. Be careful what you wish for…

Liquid finally sputtered into my mug, and no steam arose. I held the mug, and no warmth emanated from it. Was it possible that somebody at the dining hall forgot to brew up coffee on a morning during finals week?

This morning, the clock was ticking, the first of my finals was just minutes away, and I wasn’t going to make it without the caffeine. There was no time to complain to anybody, no time to wait for them to brew a new batch. All I could do was accept what was in my mug, and drink it.

Heat can make bad coffee more palatable. At room temperature, the taste of a bad coffee is fully evident, as it was on this day. I sipped what was assuredly the previous day’s coffee, and it almost tasted solid – like very badly burnt grounds that had been retrieved from the garbage. No amount of sugar could negate its rancid flavor, but I tried my best. I added three, then four, then five packets of sugar to the cup. I took another sip, and my stomach recoiled at the yucky yin-yang of a taste both charred and nauseatingly sweet.

As I continued sipping, tears began to fall from my eyes, at first a drop or two, then a Guy Watches “Field of Dreams” Catch Scene amount, then a Woman Watches “Beaches” amount. There I was, bawling in the bowels of Dougherty Hall, finishing a coffee despite my body’s unrestrained pleas to the contrary.

It gave me what I needed. I made it through the two exams, and a few days later, I was home catching up on sleep. Such were the times when I could abuse my body through marathons of sleep deprivation, and recover fully within a matter of days.

That’s my Awful Coffee Hall of Fame – two members. May there never be a third.

I apologize to all who want to hear more hardcore tales from addiction’s depths. As far as addicts go, we the coffee junkies rate pretty low on the drama scale – our drug of choice is legal, widely available, and potentially inexpensive. I’m at peace with my coffee habit, even if it drives me to some desperate lengths at times. The pleasure I derive from the ritual of drinking good coffee outweighs the misery of the occasional gruesome brew.